MEN OF THE DEEPS

For over fifty years, Cape Breton's own Men of the Deeps (MOTD) choir have been travelling the world as Canadian Ambassadors, singing and storytelling their way into audiences' hearts. The group have spent the past five decades delivering emotional performances, on large and small stages; giving us a sense of what life was like as a miner in a mining town; preserving and presenting some of our rich Cape Breton folklore, culture and talent, touring throughout Canada and most of the United States, China and Kosovo. They have been to the Northwest Territories and as far south as Arizona, Alabama, Florida and the Appalachian coal mining communities of Kentucky, Virginia and Pennsylvania. They have even performed in Las Vegas, Nevada. Today, the Men of the Deeps are so much more than just a singing group; they are a social institution. The camaraderie amongst the members carries over to their audiences wherever they perform, pulling show-goers to their feet, time and time again; making those who aren't home, homesick, and those who are home, proud. Clad in authentic mining coveralls and hard hats, they make an impressive impact when they enter a concert hall in total darkness with only the lamps on their helmets for light. 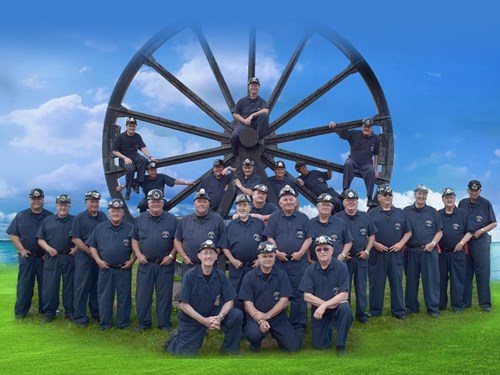