THE MEN BEHIND THE MUSIC: BEATLES EDITION

The Men Behind the Music: Beatles Edition

A Live Musical Documentary - With years of research and musical analysis at her fingertips, Haley Marie delivers a world-class performance about four lads, how they rose to incredible fame, their connection to classical music and how they changed the world forever.

The Men Behind the Music: Beatles Edition is definitely not a tribute act. It’s a show about four boys: one born during an air raid, one who had to reverse the strings on his guitar to make sense of it, one who stayed up late practicing with tears in his eyes and another who couldn’t read or write until he was eight. It’s also the story of a visionary young producer who was desperate to find his way out of the ‘comedy division’ at Parlophone records.

Haley Marie’s in-depth analysis reveals the re-awakening of a world devastated by war, the genius of oppressed musicians in the Deep South, the unexpected inspiration from the classical greats and the heartbreak from the death of the band’s biggest idol.

Hear first-hand how the band used flour and water to fasten their logo to the side of their van en route to Germany. How that same band was turned down by 80% of the English recording market yet defied the odds to become the most successful musical group in history. 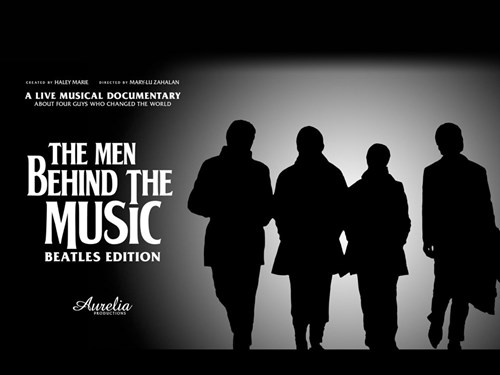