The property upon which the Capitol was built was purchased in 1927 by Louis Rosenbaum, a Sturgeon Falls businessman. He began building the structure and, when he ran out of funds, he sold it to Famous Players Canadian Corporation. They opened the Capitol Theatre on June 1st, 1929. The Capitol had 1455 seats and was referred to as “a palace of splendor” with it’s elaborate Spanish lights and décor. The movie that was shown to the sold out grand opening crowd was, In Old Arizona. It was the first all-talking Fox feature movie, a western starring Edmund Lowe, Warren Baxter and Dorothy Burgess. 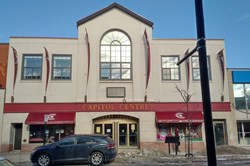 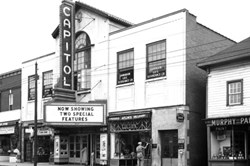 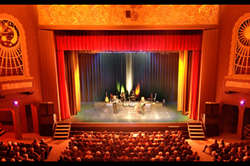 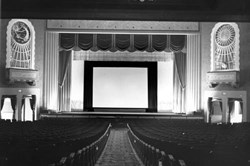 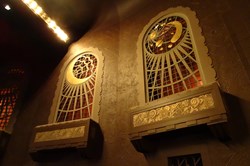